A blog about fertility issues, treatments and trends from the specialists at Greenwich Fertility. 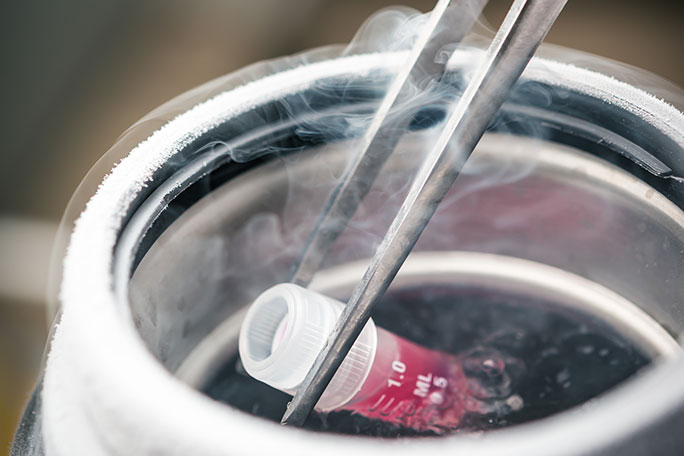 To Freeze or Not to Freeze? The Egg Freezing Process is Easier Than You Think

We hear it every day-another celebrity having a baby in her late 40s!  Unfortunately, methods of conception are often not discussed in public, rightfully so given the personal nature of such a topic.  Even with IVF, success rates in the mid and late 40s are in the single digits, a fact that many women do not know or understand.  We are being raised in an era of increasing gender equality—“settle your career first, the husband and children will all fall into place later” my mother, also a physician, would often preach to me.   As more woman face this struggle of “having it all,” scientists and physicians are working diligently to insure this dream becomes a reality.  Here you will find some answers to commonly asked questions about the emerging and rapidly progressing field of egg freezing:

What is egg freezing and how has the technology evolved?

The process of freezing is not new to reproductive medicine. Freezing sperm has been utilized for over 50 years.  The freezing of embryos and their transfer to a woman’s uterus as an infertility treatment option has been utilized with success since 1983 and is now considered a routine procedure throughout the world. The first baby born from a frozen egg occurred in 1986.

In the past, a “slow freezing” technique was used. With this method, the tissue being frozen is exposed to cryoprotectants which are solutions that displace water from the cells and reduce the damage from the freezing and thawing process. Then, over 1-2 hours the temperature is decreased to that of liquid nitrogen.  While this process has been adequate for sperm and embryos, eggs seem to be more sensitive to this method of freezing.

Over the past several years a new freezing method has been developed, called vitrification. The vitrification process involves exposing the eggs to a higher concentration of cryoprotectants and then very rapidly freezing the eggs over just minutes.  Vitrification has been shown to be superior to slow-freezing in terms of egg survival, fertilization, implantation and clinical pregnancy rates.  When this technique is used to freeze eggs, the survival rate after thawing or warming the egg is approximately 90%.

Who should consider egg freezing?

Healthy women in their early to mid 30’s who are not planning to start a family in the next few years should consider egg freezing.  Woman who are younger than 30, but have a family history of premature menopause should also consider this technology.  Women who are 40 and older are in an age group where fertility is already likely to be compromised and therefore are less likely to benefit from egg freezing, however should consider ovarian reserve testing in order to better assess viability of this option.  Any woman with a cancer diagnosis who is scheduled to undergo chemotherapy or radiation therapy, or a surgical procedure that would compromise ovarian viability should consider egg freezing after obtaining medical clearance by their oncologist.   In most cases, the egg freezing must be done expeditiously in order to allow the woman to undergo timely treatment for her cancer.

What is involved in the process of egg freezing?

A treatment cycle involves stimulating the woman’s ovaries with fertility medications containing follicle stimulating hormone (FSH). Normally, in a natural cycle, a woman’s body releases one egg from the ovary each menstrual cycle. By stimulating the ovaries with fertility medication, we are usually able to have multiple eggs reach maturation during a single treatment cycle. The daily injections are self-administered with a small needle for a period of 7-10 days and during this time the response is monitored with blood work and vaginal ultrasound exams to follow the growth of the follicles.

Once there has been a good response and the follicles or eggs look “ready,” one final injection is given to promote the final steps of egg maturation.  Thirty five hours later, the eggs are harvested through a procedure commonly known as an“egg retrieval.”  The egg retrieval is performed under mild sedation administered by an anesthesiologist and takes about 10 to 15 minutes to complete. A short recovery room stay is necessary after the egg retrieval.

After the eggs are removed from the body they are examined by the embryologists in the laboratory at which time they are evaluated for viability and maturity and are then frozen for storage.  Depending on the number of eggs available to freeze after the first cycle, some women elect to undergo an additional cycle to freeze even more eggs.

How long can eggs remain frozen?

Eggs can remain frozen indefinitely.  A woman, however, should consider a reasonable timeline for thawing her eggs and creating embryos should she not achieve pregnancy on her own.  One should consider health risks of carrying a pregnancy at an older age, as well as implications for the general well being of the child in light of growing up with an older parent.

Is the egg tested after it is thawed?

Several studies have been done to evaluate the safety of egg freezing.  These have concluded that rates of chromosomal abnormalities in embryos derived from frozen eggs are similar to those derived from fresh eggs in a young population.  In addition, data from over 900 babies born from frozen eggs demonstrates no increase in congenital abnormalities when compared with natural deliveries in a general U.S population.

While preliminary outcomes are encouraging, the number of live births to date is still too limited to be certain of the safety of these techniques.

How much does this cost?  Is it covered by insurance?

The Average cost of egg freezing is approximately $8,000-10,000 dollars.  Most IVF labs charge an additional annual fee to maintain storage of the frozen eggs, usually approximately $500-$1000 annually.  Egg freezing for medical reasons is usually covered by insurance.  Insurance companies are less likely to cover egg freezing for social reasons, however some employers may offer clauses within insurance policies that may cover this technology.  Additionally, sometimes embryo freezing is covered for various reasons.  One should always check their fertility treatment benefits directly with their insurance company in order to be fully aware of their entitlements.  In addition, many specialty pharmacies and fertility medication companies offer various programs that help cut costs of medications, which accounts for a portion of the fees.

How many eggs are harvested at a time?

The number of eggs harvested or retrieved varies from woman to woman and may be anywhere from 0 to 45, depending on a woman’s age and how the individual woman’s body responds to the fertility medications.

What are the success rates when using frozen eggs?

In general, pregnancy rates of vitrified eggs are similar to rates of fresh eggs and depend on the age at which the eggs were frozen.  Approximate per cycle pregnancy rates in each age group vary depending on the IVF clinic/lab but are generally as follows:

As a woman’s age increases, how does it affect her ability to have a healthy pregnancy with a frozen egg from her younger self?

Chances of a successful pregnancy depends on the age of the egg, not the age of the woman or her uterus at the time the embryo is transferred.  For example, the age used to calculate genetic risk of having a fetus with downs syndrome or another chromosomal abnormality in the beginning of a pregnancy will be the age of the egg, not the chronological age of the woman herself.  There are risks, however, to carrying a pregnancy later in life.  Risk for many disorders of pregnancy including pre-eclampsia and gestational diabetes increase with age.  Such disorders may be threatening to the health of the mother leading to earlier delivery and complications of prematurity in the baby.

If you are considering having your eggs frozen, contact one of our fertility experts to discuss your options today! 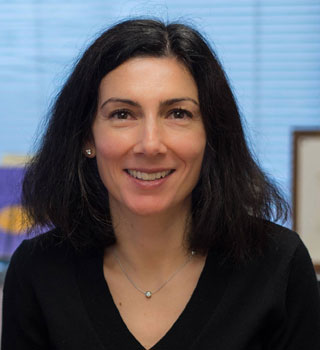 Get started on the path to fertility

Schedule a consultation with a Greenwich Fertility expert today.